For alto saxophonist/composer Tom Harrison, the art of jazz is more than mastery of the instrument, fluency in the repertoire and respect for the tradition. For Tom, the real undertaking is to connect with that which inspired the immortals of jazz, and to cultivate it within his own work.

Tom is making a serious commitment to jazz expression through his collaborations with living artists who are strongly connected to the heritage of jazz. Since graduating from the master's degree programme at Trinity Laban Conservatoire in 2012, Tom has released two critically acclaimed albums and toured the UK 11 times as a bandleader. Tom has performed in over 20 countries, touring in France, Germany and the USA.

Tom first achieved national recognition while studying at Trinity. He released his acclaimed debut album DAGDA on Lyte Records 2012, showcasing his striking compositional skills and featuring Irish tenor sax star Michael Buckley. Securing sponsorship from Arts Council England and Jazz Services, Tom set up a 22 date tour featuring a number of guest tenor saxophonists, one of whom was the Jazz Messenger Jean Toussaint, whose strong support of Tom's music laid the foundation for a close relationship that exists to this day.

Impressed with both Tom's musicianship and business acumen, Jean asked Tom to represent him; their business relationship was the sparked the formation of Turaco Music, creative arts agency, through which Tom represents a number of respected artists.

"The turaco is a status symbol of Zulu royalty. A bird of immense diversity; each species distinguishes itself by its unique and brilliant plumage, a fitting metaphor for the vision and quality of the artists we represent."

Since starting work with Jean, Turaco music has been instrumental in developing numerous career successes for Toussaint, including a 14-date tour of the UK in 2014, the development of 2015/16's hugely successful Roots & Herbs, a 100-date tour celebrating the 25th anniversary of the passing of Art Blakey, and the follow up project "Brother Raymond," Toussaint's 11th album to be released in 2018 with a 20-date tour of Europe. In addition to the work with Toussaint, Tom was instrumental in setting up Robert Mitchell's Invocation project, including a landmark 2014 London Jazz Festival premiere of the work, including the ensemble Panacea, the Bournemouth Symphony Chorus and Goldsmiths Big String at Queen Elizabeth Hall. Other affiliated artists include Cleveland Watkiss and Camilla George. Further information and future plans can be found at www.turacomusic.com

Tom's music lies at the core of his activities with Turaco. Not only does the company represent Tom's musical projects, but these combine the talents of those he works with and represents. All projects display Tom's dual purpose of leading audiences to the artistry of profound masters while learning from his elders and performing alongside them in his ensembles.

"My first album featured my own compositions but my reverence for this music has set me on a continuing journey to find and consolidate my own voice. In my projects I am working tirelessly towards that goal."

Tom has an impressive array of credentials for someone only six years into his career. In addition to his work as a bandleader, Tom has worked profically as a sideman, having toured with trumpet master Terell Stafford, bass virtuoso and educator John Goldsby and NEA Jazz Master Jamey Aebersold. In 2014, Tom was commissioned by Birmingham Jazz to compose Harrison's Film Music Project. The highly-praised premiere, featuring Robert Mitchell, was the beginning of their musical relationship. That same year Tom was a featured guest soloist alongside the powerful and iconic American rap artist Talib Kweli on a track from David Lyttle's MOBO-nominated album Faces.

In 2017 Tom joined multi-award-winning saxophonist Trish Clowes' Emulsion Festival as Artistic Director. Together, Harrison and Clowes produced Emulsion V at the MAC Arts Centre in Birmingham. The entire festival was broadcast on BBC Radio 3, including the BASCA-winning composition 'Muted Lines' by Cevanne Horrocks-Hopiyan, commissioned by the festival that year among many other works. Later that year, Tom embarked on a 5-week tour of the USA with David Lyttle. The project was internationally celebrated. A documentary of the project, filmed by Harrison and Lyttle, was broadcast on MOBO TV as the tour unfolded.

Born in Cardiff, Wales, Tom's family moved to Sheffield when he was 7, providing him with full exposure to the arts. Tom was particularly inspired by his grandfather, a very talented pianist and organist whose beautiful interpretations of Bach, Debussy, Faure and Chopin made a powerful impact on him. Shortly after the move to Sheffield he became a chorister at Sheffield Cathedral where he learned about musical discipline. Taking up the oboe at 8, he continued a traditional course of study with it until he was 18. But at 12, captivated by the music of Led Zeppelin and Jimi Hendrix among others, he taught himself guitar and drums and began jamming with other aspiring young musicians, unknowingly at the time forming a foundation for the pursuit of jazz.

Hendrix opened the way to Miles Davis, Cannonball Adderley, Ornette Coleman, John Coltrane and Charlie Parker. At 18, he dropped the oboe and took up the saxophone. His other influences include Lester Young, Joe Henderson, Ben Webster, Johnny Hodges, Joe Lovano and Sonny Fortune, a recent discovery that shows the openness to continue to learn and grow through exposure. The world of education remains important to Tom who credits his teachers at Trinity, particularly Martin Speake, Julian Siegel and Mark Lockheart, for much of his understanding of the music. In addition to teaching privately, Tom also teaches 6-13 year olds in a prominent London school. Since 2013 he has also led masterclasses at some of the UKs most prestigious conservatoires, including Leeds College of Music, Royal Welsh College of Music and Drama, Trinity Laban Conservatoire and Southampton University.

"I want to be able to reach people, to communicate the essence of jazz at its most profound: the joyfulness and abandon of dancing music, the soul of the blues, the transcendent energy and spirituality of the avant-garde. I want to communicate these things with such freshness and originality that it will seem as if they had never existed before." 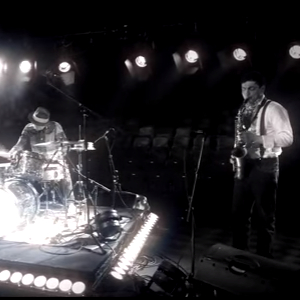 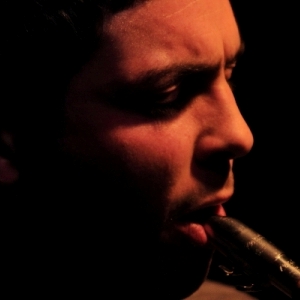 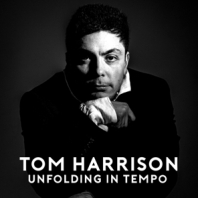 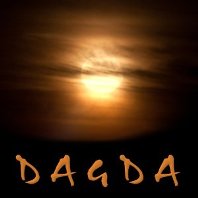